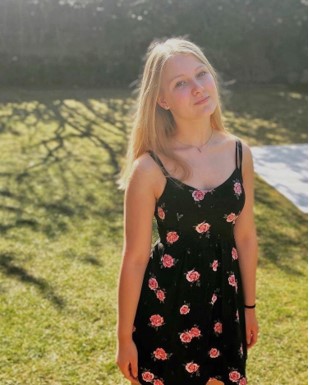 ‘The Bravest Little Street in England’ by Matilda Collard

December 1917
The rain was incessant. Heavy drops bounced off the slate roofs and the narrow, cobbled street drowned beneath a sludgy river. Wooden shutters closed tightly against the biting wind, the small terraced houses seemed meek and timid; cowering as the torrent assaulted their fragile exteriors. The street was lonely, deserted. A hollow imitation of the lively community that existed before. In the street below, a young boy struggled against the wind. In the deserted street, his small, green bicycle seemed almost comical. His expression was one of sympathy. He rang his bell. The shrill sound echoed throughout the street, bouncing off every miserable surface in an ominous chorus. At once, curtains parted, and shutters creaked apart to reveal dozens of anxious faces peering down at the tiny lad. The yellow glow of indoors attempted to cast some light, some warmth into the despondent street however, the area seemed tainted with the murky brown of depressed fear.

The entire street was holding its breath.

The boy dismounted his bicycle. From the tiny basket, he retrieved a leather satchel which he proceeded to place on to his left shoulder. Even the rain seemed to silence itself. The satchel appeared to be practically empty, dangling limply from the boy’s shoulder. He slowly and sorrowfully began to walk up the street. The raindrops clung to his dark eyelashes and dripped miserably from his overgrown hair. His timid footsteps echoed throughout the suffocating silence. Each household breathed an audible sigh of relief as he passed.

All too soon, he stopped in his tracks. He raised an innocent fist and knocked twice on the peeling door of the Hathaway household. From within, the sounds of despair could already be heard. Multiple voices erupted in a trepidatious song. Their neighbours watched with tearful eyes as the door slowly creaked open to reveal a distressed woman. Alice Hathaway was a petite woman in her late twenties. Her hair was thrown together in a bun and she had evidently been preparing the evening meal. Usually Alice was a beacon for happiness within the community, she had an infectious smile that could brighten any day, no matter how dark. However, as she opened that door, a darkness shrouded her. A light disappeared from her eyes. The child meekly opened his mouth.

“A telegram from the War Office” he stuttered. With an apologetic glance at the woman before him, he reached into his satchel and pulled out a singular, tiny, yellow envelope. The colour seemed harsh against the surrounding area. As Alice held it in her trembling hands, it seemed to mock her with its brightness. The entire street was silent, the entire street watched as she took a shaking breath and tore the envelope open. Her eyes darted frantically over the page.

We deeply regret to inform you that your brother, Sapper Aaron Hathaway, died from wounds in France on the 17th December 1917.”

In that moment, Alice sank into the depths of a despair never known by her before. Aaron was only 30. She glanced back to the kitchen table, where a chocolate bar sat, wrapped with festive paper. His favourite. Hot tears silently streamed down her pale face. She struggled to remain composed as she leaned against her door frame, suddenly unable to stand on her own. She squeaked a word of thanks to the post-boy and slowly closed the door. That night, the Hathaway household wept like so many before them.

A new darkness descended upon Chapel Street, each day a new household grieved for their fathers, husbands, and sons. Each day the world grew more morose as another young soldier was denied their homecoming.

Each day, more hearts mourned for the men of The Bravest Little Street in England.